In 2015 YouTube has dumped flash video in favor of HTML5, Facebook’s head of security has expressed the need for an end-of-life date for flash, and there were three critical vulnerabilities discovered in June alone. While users may never be rid of Flash in totality, these recent issues indicate a downward trend in popularity. 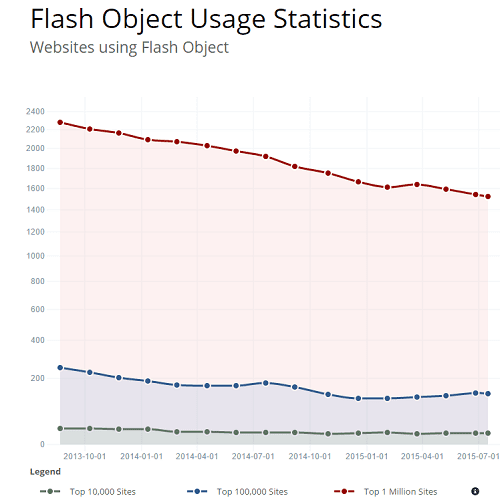 The decline in flash popularity inversely relates to its number one competitor – HTML5: 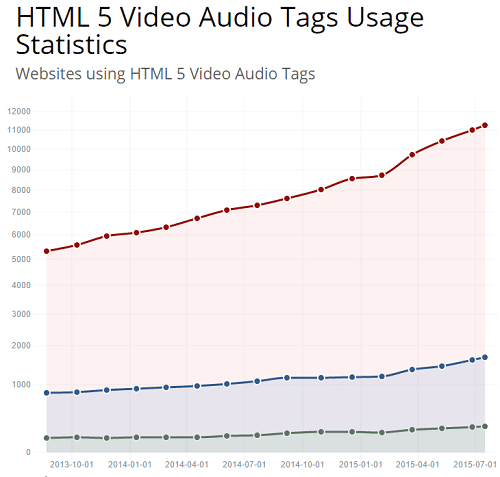 While Flash is easy to discredit and has had bad publicity recently, it is still a very easy to use, efficient technology. HTML5 video is competitive and is being embraced on mobile devices, however the plain fact is that Flash has been accrued several distinguishing features over its long life.

Below is a picture of a table found on Wikipedia: As you can see by the preponderance of red – HTML 5 has not quite become as feature rich as its older sibling. 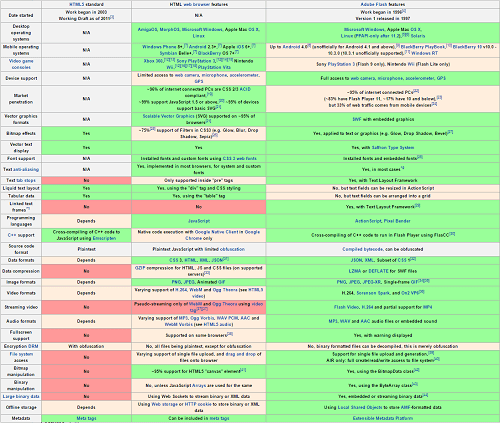 Why does it matter you may ask? Well, when it comes to tracking events in Google Analytics – video elements are some of the slipperiest around. As we stated earlier, YouTube is dropping flash as its primary video technology. YouTube is also deprecating its JavaScript and Flash Player APIs. 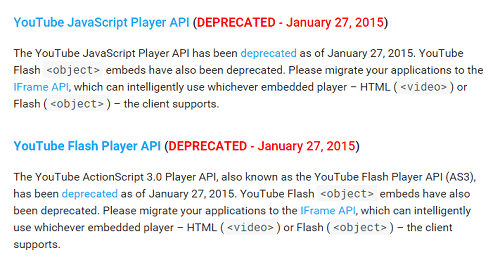 API’s are necessary to track video elements such as YouTube embedded video players because they exist within an iframe that is hosted on a different domain. Unfortunately, iframes will not allow all information to pass between an iframe and it’s container for technical reasons that are beyond the context of this document.

When Google deprecates one of these APIs, it is a serious problem. Deprecation means that sooner or later all of that complex code that your brand developed to track video will cease working! Remembering to re-engineer a tracking method using the appropriate API for your embedded video will prevent a loss of data in analytics.

To learn more about the basics of the new YouTube iframe API make sure to visit the YouTube API references.