Facebook’s Relevance Score Metric is Being Replaced and Improved Upon

Facebook announced earlier this month that they are going to retire the relevance score metric and replace it with three new ad relevance diagnostics metrics. The three new metrics will measure relevance more granularly across three separate dimensions. 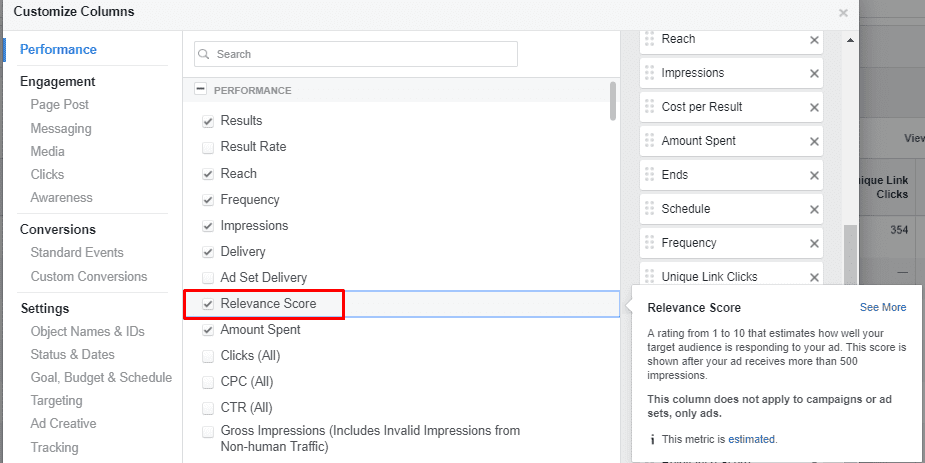 This change will allow advertisers to better understand where wins and losses are occurring in terms of relevance. This can help guide optimizations and recommendations. Facebook says the current relevance score metrics will start to be removed from ad accounts on April 30th. Reach out to the MoreVisibility team with any questions!