Three years ago Apple released the first iPhone, and mobile advertising will never be the same.  The Apple orchard has continued to grow its’ market share of the smart phone niche and now owns roughly, 28% according to Nielsen survey. 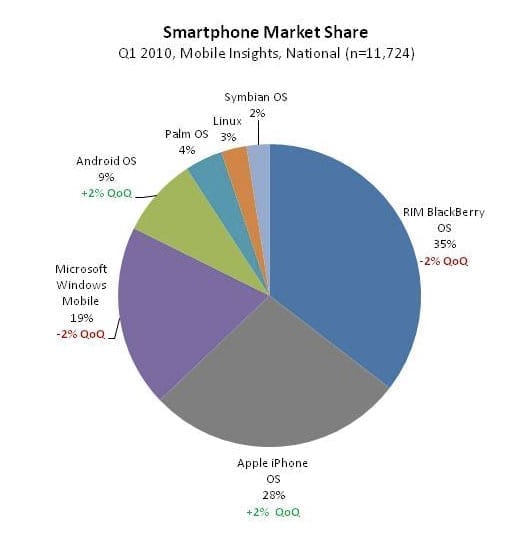 Last week the Apple iPhone 4 went on sale with analysts projecting 1 million to 1.5 million units would be sold in the first three days, compared with 1 million during last years launch of the 3GS.  The Apple faithful that were upgrading their device represented 77% of the iPhone 4 sales.

Advertisers are aware of this growth, are anxious to tap into these markets and get their content into these smartphones.  Just one problem – Apple’s strict control of the applications (apps); these apps will be the vehicle for advertisers to reach this valuable market of tech-savy leading-edge gadget buying consumers.

Apple has truly gotten everyone’s attention, including the U.S. Federal Trade Commission, which will investigate whether Apple Inc.’s practices are harming their competition.  Wow, in just three short years, Apple has enraged the folks at Adobe over its choice to ban Flash video technology in favor of the HTML5 standard.  Google has also complained about being shutout of the market place for presenting ads inside the iPhone, due to restrictions placed on the developers of the highly prized apps running on their devices.  AdMob’s founder and now Google vice president Omar Hamoui said in a blog post, “if enforced as written, would prohibit app developers from using AdMob and Google’s advertising solutions on the iPhone.”  He added Apple’s rules “hurt both large and small developers by severely limiting their choice of how best to make money.”   These conflicts reinforce the fact that mobile advertising represents a huge potential market worth fighting for.

How this will all play out remains to be seen, but one thing we can agree upon is that it is worth monitoring.  Keep your eye on the news out of the MicroSoft camp and their recently released mobile operating system.  How will Yahoo place it’s content on these smartphones?  Does Yahoo CEO Carol Bartz have a plan of attack via a deal with Nokia to provide email and chat services?  I’m sure the next three years will bring more excitement and opportunities for savy internet marketing professionals, and the entrepreneurs mining these channels.