Want to Avoid a Social Media Disaster? Think Before You Speak

This is likely not what the banking giant anticipated when they promoted the simple Q&A session:

How can you avoid similar social disasters?

Think Ahead – What Could Go Wrong?

Companies often make the mistake of viewing social media as a promotion device. And, while many can and do promote themselves and their services on social media, social media is not a TV commercial or a magazine ad. It’s not a one-way conversation. It’s an open dialogue – one that you, largely, can’t control.

Often, the benefits will far outweigh the consequences. For every negative #maxinista Tweet, for example:

There are scores of positive ones: 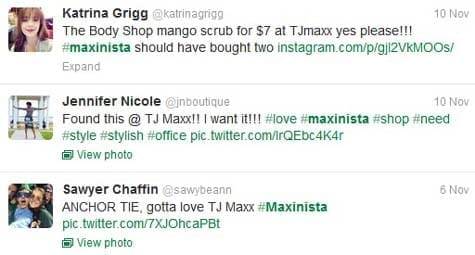 Know Your Audience – And Your Platform

Twitter is kind of like a train station – there are lots of people coming and going, with a plethora of points of view. As such, it’s not the best place for an organization with a dubious reputation to invite questions from the public – unless, of course, it wants to be kicked.

So, before you decide to take to Twitter – or any social media platform – with a marketing campaign, ask yourself:

Or, you might just find yourself, like the folks at JP Morgan, going back to the drawing board.