Towards the end of 2017, Twitter unveiled that it will releasing a new ad offering, called Promote Mode, which is aimed to help digital marketers advertise on Twitter.

For a flat monthly fee of $99, Twitter Promote Mode grows your brand’s influence by automatically amplifying your tweets to a larger and interested audience. This program is great for marketers who want to promote their brand on Twitter and want to save time and hassle from running Twitter ads manually.

In Promote Mode, brands can continue to tweet as per usual. Twitter will take the brand’s first 10 tweets each day and promote them to the brand’s selected audience. These tweets don’t include retweets, quoted tweets, or replies. The program takes the ad creation pressure off marketers because Twitter automatically creates an ad for their promoted tweet. In addition, brands can still run Twitter ad campaigns alongside their Promote Mode subscription.

Twitter also made checking the Promote Mode results easy. Whether you’re logged into Twitter via the web or mobile app, just Tap on your profile photo, and then select on “Promote Mode”. Once in the dashboard, you are able to check the number of:

Here’s an example screenshot of the dashboard: 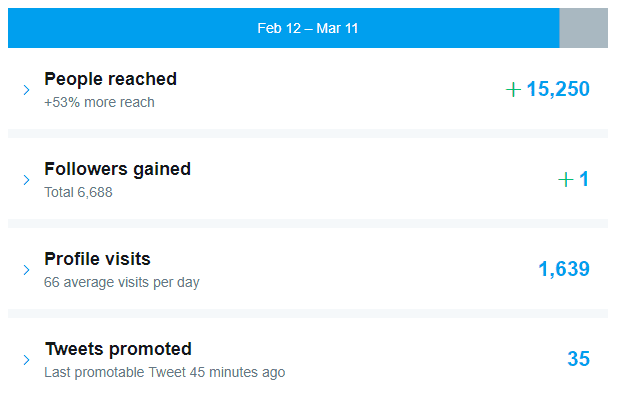