Twitter recently introduced a new feature for scheduling tweets in advance through its browser-based version. This feature was once only available through third-party tools. When using Twitter in a web browser, users will now see an option to schedule a tweet from the composer screen.  Users can schedule a tweet at any time of the day up to 18 months in advance. This feature isn’t currently available on Twitter’s official mobile app, but these users should see the scheduling in the near future.

Tweets can now be scheduled through a few simple steps.

First, compose your tweet. Then, select the calendar icon as shown below. 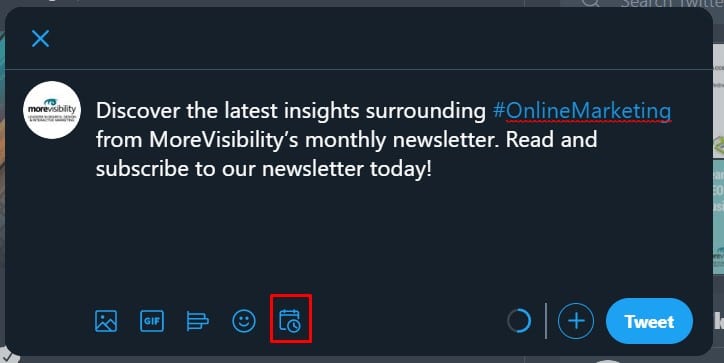 In the pop-up window, you can specify the exact date and time you would like the tweet to go out. 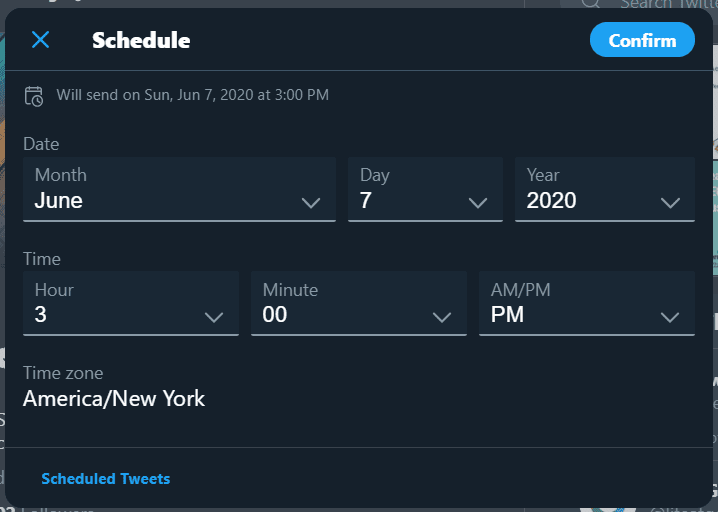 In addition, from this window you can view a list of all scheduled tweets and make any adjustments if needed by clicking on the tweet. 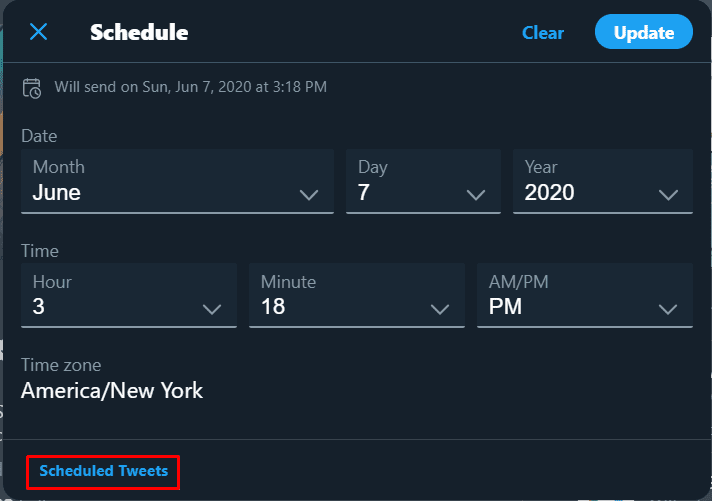 Alongside the scheduled tweets feature, users now have the ability to save drafts in the web based version of Twitter

To save a draft of a Tweet via Twitter.com, compose your tweet and then click the ‘X’ button to close out of it. Twitter will ask if you want to save what you’ve composed or permanently delete it. If you choose to save a tweet as a draft, you can come back to it at any time and finish it. Tweet drafts can be accessed across platforms, which means you can save a draft on your mobile app and revisit it on web based Twitter.

Need Social Media Marketing help? Please contact MoreVisibility today to speak to one of our specialist.