Articles in The 'ShopStyle' Tag

Social Shopping: Do You “Want” It?

And Facebook Collections isn’t the only social foray into e-commerce. Sites like Fancy and ShopStyle are upping the ante when it comes to engaging users – and their credit cards.

While ShopStyle feels more artistic and aspirational in nature, allowing its users to play the role of fashion editors (or at least their interns), building lookbooks based around certain themes, trends or color schemes, Fancy brings the visual aesthetic of Pinterest fully into the territory of e-commerce, allowing users to “fancy” various products with the option to buy them. 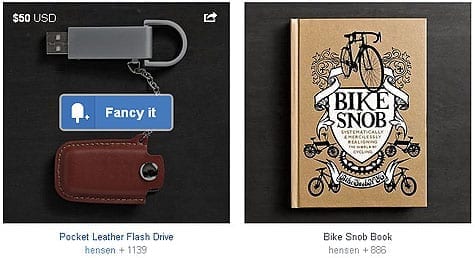 This is exactly what Facebook is setting out to do with its Collections feature. While only select advertisers are in at the onset – Pottery Barn, Victoria’s Secret, Michael Kors, Neiman Marcus, and Fab.com among them – if user’s buy into the concept, advertisers of all stripes could soon be adding their creative to Facebook Collections.

While these early advertisers aren’t paying anything to be involved – and Facebook isn’t taking a cut of the purchase price – you can be sure that Facebook Collections will come at a price to advertisers eventually. Once, of course, Facebook has the data to backup whatever revenue model they roll out.

As for other social shopping sites, their revenue models look more like affiliate marketing models than anything else – which is good for advertisers, who get brand exposure while only having to pay an affiliate-style finder’s fee once a user clicks “buy.”