Google Plus – Will It Survive?

There has long been skepticism and wonder surrounding this question. It seems one by one, Google is making decisions (followed by public announcements) that point toward the diminishing of importance of this social channel to the search giant. This is a huge divergence from their position in 2007, when Google announced the Google Plus project.

Yesterday, Google announced major changes to how users will access their services – essentially eliminating the need for Google Plus. Now, a Google Account will be all you’ll need to share content, communicate with contacts, create a YouTube channel and more. Although YouTube is the first Google product to be impacted by this change, the announcement suggests other services will follow.

Last week, the company announced the closing of Google+ Photos for the newly launched Google Photos — further signifying their move away from the unified Google+ front.

And, it was just last year when Google changed their position on forcing users to create a Google+ sign-up, alongside a regular Google account. That change arrived subtly with a “No Thanks” opt-out option. 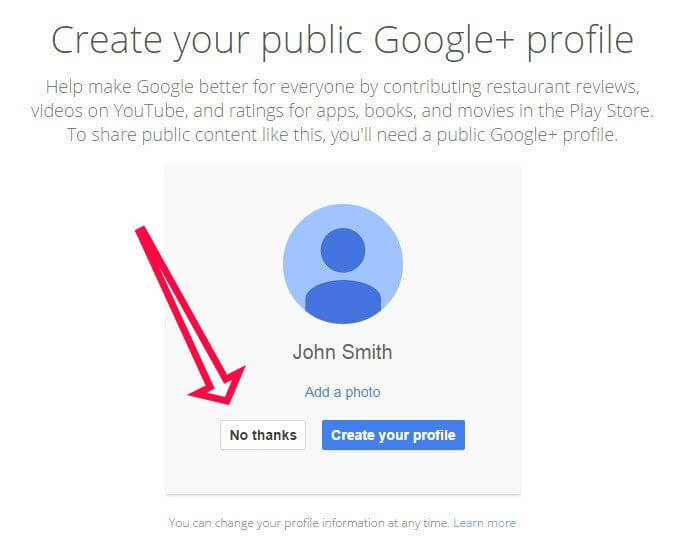 So, it leaves us wondering what the future of Google Plus really is. Not all recent product changes are negative/platform diminishing though, as illustrated by the recent launch of Google Collections.

Obviously time will tell, but big changes are happening for the once hailed, “Facebook Killer”, which I shared feedback on after launch, in 2011. Let’s watch and see!